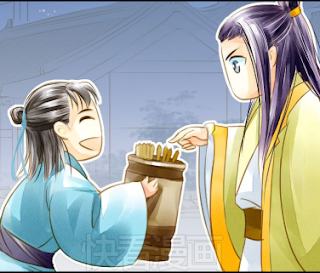 (Our MC drawing a bamboo stick~)