Till Death Do Us Part by Tangstory 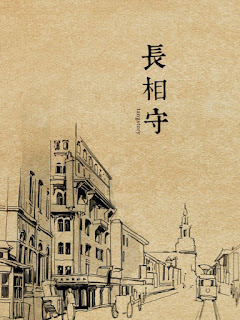 Genre: historical (modern) 民國, romance 愛情, drama 劇情
Disclaimer: The original story is not written by me. The author has given permission for the translation of this story. This is a translation project undertaken by me completely out of personal interest. Furthermore, this story contains homosexual relationships and explicit content. Reader’s discretion is advised. 此故事原作為網絡小說家Tangstory（或：魚香肉絲）所作。此譯文受到作者授權，并純屬翻譯個人興趣，無意販賣盈利。此外，此作含有同性戀愛情與成人內容，請讀者注意。
For more information contact 如有問題請聯繫: ays.zhang@gmail.com


He stared, transfixed, at Ch’in Ching standing in the storm waiting for him.
A deep-seated sense of fulfillment blossomed in his heart,
With the haziness of what the French would call déjà vu
– A man holding an umbrella.
The wet ends of his ch'angshan.
The rainy music from an old dream.

Summary by the translator:

Set in early-20th century China, this story takes off in the port city of Tientsin (Tianjin) that is divided into lands called concessions and owned by several foreign powers. Shen Liangsheng is a charismatic and cunning playboy, a son of a rich businessman, who has profits as his top priority. He meets Ch'in Ching, an average school teacher who appears mild but actually holds a patriotic heart for his home. The two cross paths and sparks fly. But will their love hold strong through the imminent forces that will tear the country apart...?

Comment:
Hello all! Long time no see! After three months of nomading, I have settled down in Tokyo. I cannot wait to get back to translating everyday.

This story is a semi-sequel to the book 活受罪 (I'd like to call it "To Live is To Suffer" for now). The two protagonists share the same names and can be considered reincarnations of the protagonists from the prequel. I apologize for translating this book before the other but there is little connection between the two. Therefore, I thought it would be okay to do this one first (because it's absolutely amazing!!!). I personally am in awe at the incredible amount of things that actually existed (or exists), to the point I'm starting to believe that there really were two men named Shen and Ch'in who were madly in love. Almost everything mentioned, celebrities, buildings, streets, events, dates were all factual. I will point out some in my notes in the form of floating bubbles.

The plan for now is to release one chapter every other Friday.
I look forward to seeing your comments and feedback :)

EDIT: I really am getting forgetful... I found that there was a short blurb on the cover of the book. The translation has been added above. OTZ my apologies. 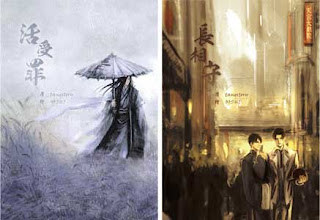 Alternate covers for prequel (left) and Till Death Do Us Part


EDIT: This story is not related to any live action remake or audio drama. Please read the information carefully. This story is 長相守 (chang xiang shou; lit. long stay together), translated into English as "Till Death Do Us Part." There is another story titled 愉此一生(yu ci yi sheng; lit. pleasure this lifetime) with the English title "Till Death Tear Us Apart." One is 3 characters long and the other 4. The authors are different. The characters and setting are different. The English titles are different, too.

Song for TDDUP and prequel: here

Till Death Do Us Part by ayszhang is licensed under a Creative Commons Attribution-NonCommercial-NoDerivatives 4.0 International License.
작성자: ayszhang 시간: 9:00 AM

Email ThisBlogThis!Share to TwitterShare to FacebookShare to Pinterest
라벨: Author: Tangstory, completed, info, Novel: Till Death Do Us Part