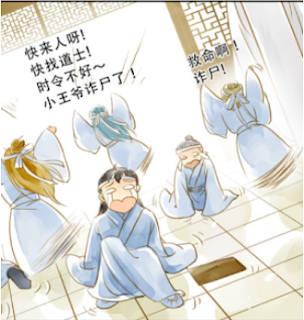 Another pic from the manhua

Spring Once More by ayszhang is licensed under a Creative Commons Attribution-NonCommercial-NoDerivatives 4.0 International License.
작성자: Dairytea 시간: 9:17 AM