The next couple of days go by fairly quietly. Pei Qixuan’s presence occasionally makes me fuck things up. The li’l marquess adds a bit more attitude in his stride. Master Su’s mood, however, evidently worsens. The further south we travel, the less comes out from his mouth.
After about seven days on the road, we cross the Huai and finally reach the first stop on our official investigatory trip – Huizhou.
White walls, grey tiles, deep alleys, soaring roofs, pailous[1] and horse-head firewalls – even the cracks on the ground here ooze finesse and culture.
Peeping through the curtains, I comment, head and fan both shaking, “Indeed a good place.”
“You say that as if it were your first time here, Milord,” Pei Qixuan points out.
I gasp silently. With him here, I need to watch my tongue since he isn’t the same as Master Su and Fu Qingshu.
Xiao-Shun gets out from the carriage behind us and makes his way to my window. Leaning in, he discreetly asks, “Young Master, I have a matter to discuss with you.”
I order the party to stop, and Xiao-Shun takes me a ways off from the group.
“Milord,” he inquires, voice pitched low, “please make a decision on where we will stay in Huizhou.”
“What kind of question is that? Just do as usual. Find a quality inn and reserve their premium suites. Stay accordingly.”
Why the hell does he need the prince to confirm this? These servants are getting dumber by the day!
Xiao-Shun bows his head. “Understood, Your Highness. This servant wasn’t sure and wanted to confirm whether Your Highness wished to stay at an inn or at Master Su’s home.”
I snap my fan shut. “...Master Su’s home?”
Su Yanzhi, ancestral home, Huizhou.
I suddenly recall this fact. I’ve been so caught up with this investigation that I never noticed until now that one of the major points of investigation was Su Yanzhi’s hometown!
Back in the carriage, Master Su puts on an air of nonchalance. “Staying at my home would be much more convenient, but the house has been abandoned for over a year. I fear few, if any, servants remain, so it might be a little too placid.”
I keep my silence. So does Pei Qixuan.
Fu Qingshu raises his brows inquisitively. “That won’t bother me, at least. I’d appreciate your hospitality.”
The Su Manor is situated in the east of Huizhou. Knowing the exact route, Xiao-Shun directs the driver through all the shortcuts. The walls of Huizhou are tall and the alleys long. After winding through a half-dozen alleyways, we reach a desolate street extending forward, not a soul in sight. Towering, white courtyard walls topped with grey tiles line either side of the street. There stands only one giant, vermilion pailou on which is written House of Su.
Wow, Su Yanzhi’s family must have been stinking rich to have an entire street for its residence. Even my prince’s manor doesn’t get any grander than this.
Nobody speaks as we get out. Master Su slowly navigates his way up the steps, and Xiao-Shun follows, banging the door knocker.
The doors crack open showing an ancient, ashen face.
“I’m sorry. This house is...” His voice trails off as his eyes narrow in on Master Su who steps forward and rather casually extends a greeting.
“Gao-bo,[2] I hope all is well in the house.”
The old man stumbles out, lips shaking as he gawks at Master Su.
I stand to the side, silent like the others. This is Master Su’s first time coming home since he was gifted to the little prince by his own brother three years ago. The house of Su has been fallen for almost a year, too.
The elderly butler, Gao-bo, runs through the usual scene found in historical dramas of the long-separated servant meeting his master again. Only then does he fully open the doors in welcome. The instant I step one foot over the threshold, his gaze shifts from Master Su onto me. Once more, he is overwhelmed, this time to the point of stiffening and hyperventilating. With a trembling finger pointed at me, he manages some sounds. “Y-y-y-you...”
I swear it only takes me 0.1 seconds to realize that I’m Chai Rong, the wicked pervert prince who kidnapped Master Su and destroyed the House of Su, a.k.a. asshole of the century.
He looks at me as if I were a slug that grew wings, and I know I deserve every bit of it.
I shake it off and grin at him. “Hah, Gao-bo, long time no see.”
While the elderly man is gasping for sweet air, I bring my other foot over the threshold and stride into the Su manor.


[1] A traditional Chinese architectural archway that marks significant locations and decorates them.
[2] A familiar suffix similar to ‘-shu’ denoting a respected, older male. 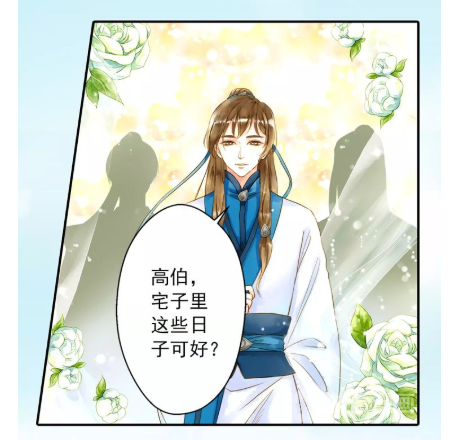