_ _ _ _ _ _ _ _ _ _ _ _ _ _ _
ayszhang: Hello everyone! Happy New Year! :D In a few hours I will be flying taking a 30-hour journey across half of the globe to Astana, Kazakhstan, where I will be living for the next few months. I want to welcome every reader who has joined us this year, and thank those who have come back after or who have always been... We appreciate every one of you, and I like to think our community is only getting bigger :) This year we had a new translator join us with a brand new project of a brand new genre! Check it out here if you haven't already... Here is to another wonderful year with lots and lots of love for everyone with a good heart, no matter their appearance, religion, genitals, age, or whatever <3

Dairytea: Feel the rise in tension! *_* 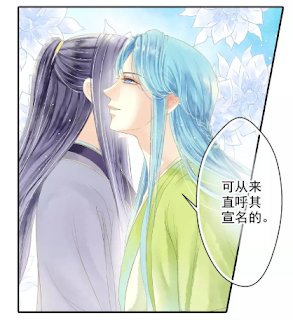 "You used to always call me by my given name."