Dairytea: >//u//< Hehe. Fu Qingshu is blushing in the manhua. 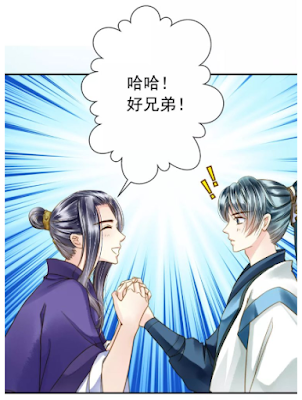 I reached out and squeezed his hand, chuckling, "Good man!"