The streets of Huizhou and the capital each have their uniqueness. The streets of the capital are like potato cakes in the fryer, enveloped in heat and activity, their walls red and their edges golden, practically dripping with wealth and gluttony. The streets of Huizhou are like zongzi filled with sticky rice harbouring goodies, all wrapped in freshly picked reed leaves, emerald green and refreshing to the smell and taste.
And I like both.
Especially ham in my zongzi.
Walking beside me, Fu Qingshu is fanning himself. It’s a cloudless, sunny day, so a fan is a must-have if you leave the house.
“Ma-xiong,[1] I agreed to have you dine with me. Zongzi is fine, but the greasy potato cakes probably won’t last until tomorrow.”
“I just don’t wanna starve, all right?” I chuckle. “These will be my midnight snack if I ever need it.”
Huizhou has a few prosperous townships under its administration, and all annual tributes are submitted under the name of Huizhou. Four items that are never missing from the list are xuan paper, duan inkstone,[2] pine-soot ink, and tea.
Rich young masters are all experienced players. Even though it is his first visit to Huizhou, Fu Qingshu seems to know more about the points of interest in Huizhou than about the number of holes in his manor’s outhouse. On our way, he informs me of the different items before turning towards a tea shop to purchase five liang of Mount Huang maofeng. As a tribute tea, the maofeng is valued at eighty liang silver every liang. According to history, when the previous emperor, who was the little prince’s blood father and the current emperor’s uncle/stepdad, was on the throne, the tribute tea was the yunjian which is valued at one hundred liang silver per liang. Since the current emperor ascended the throne, he declared a nation-wide policy of mindful spending and set an example of by switching to the maofeng, a cheaper cultivar. The entire court was awash in tears and snot born out of gratitude, and the imperial historians even wrote a volume titled, “Concerning the Economical Policies with Regards to Tribute Tea by His Majesty, the Emperor Holy, High, Wise and Generous.”
Before entering the shop, we decide to guess the real price of the maofeng. The young marquess says, “twenty liang at the most,” but I disagree, “Not even close.”
Leaning on a bucket of leaves, the shop owner treats us with a haughty rhetoric. “These two gentlemen, this is after all the tribute tea. As such, it’s valued at eighty liang silver per liang. I am absolutely honest with you here.”
Fu Qingshu fans himself, light smirk about his lips. “Eighty liang is for the mouth of His Majesty. However, we are but petty commoners who cannot compare. Do tell us the true price.”
The owner clucks and nods. “You, sir, know what you’re talking about. Then let us be frank. Fifty liang per liang. Here’s a bundle for you to take home right now.”
The young marquess continues fanning himself at a leisurely speed. “The true price.”
The owner clucks, sighs and nods. “Thirty liang. I can’t go any lower.”
The fan in Fu Qingshu’s hand keeps going. I never knew Li’l Marquess could be such an efficient haggler.
The owners clucks, rubs his hands together, heaves a sigh and nods solemnly. “All right. Since it’s the first time meeting you sirs, think of this as a friendly gesture. Twenty liang! I’ll lose some so you may have a good drink and spread my good name.”
Li’l Marquess snaps his fan shut and grins, completely satisfied. Just as his lips part, however, I interrupt, “Never mind. Let’s go.”
The owner is stunned, his eyes about to pop out. “Sir, we were discussing the price as usual. Why the sudden change?”
I turn to the entrance. “Trade must be done fairly and truly. If we cannot agree upon that, then there’s no point.”
The aggrieved owner slides in front of me. “Sir, you speak foully of me. I already took off ten liang from the true price. What truer price could I offer? Why don’t you tell me one, and I’ll see what I can do for you.”
I stick out one digit, and the owner inhales sharply. His voice even trembles. “Sir...ten liang...is taking it too far... I still have thirty something mouths to feed...”
I smirk. “Who said ten? I’m talking one liang. Last offer. Take it or leave it.”
His eyes narrows in on me, now full of respect. “Deal.”
Now it’s almost noon, and I return to the Su manor with Fu Qingshu who, because of that one liang of silver, has shown even more friendliness towards me. He promises to request a few more dishes from Gao-bo for lunch. Meanwhile, I dash straight to my room looking for tea and then water.
Xiao
-Shun and Xiao-Quan are nowhere to be seen, probably out exploring the town. There is, however, cold tea on the table, and I drink a couple gulps to calm down. I then go to the rack to find the wash basin completely empty. I shoot out of the room making for the well. Dammit! I must have been insane to have chosen to be reborn in the ancient times. I swear I’m going to eventually become a baked red shrimp after parading around all summer wearing long robes with long sleeves.

Using the rope, I pull up a bucket and splash some of the cool liquid on my face. Feels so damn good! In seconds, I kick off my shoes and socks. Fuck socks and boots in 30 degree Celsius weather! I stuff my robe into my pants and pour the rest of the water onto my feet. Then I drop the bucket into the well to do it all over again.
It’s times like these that I realize what a miracle taps are.
Holding onto the edge of the well, I’m reaching down to haul it back up when I feel a slight draft a short ways behind me.
Heaven must be helping me-
But before I can finish that thought, something thuds against my back. Pain strikes through my spine, and my vision darkens. I fall head first down the chute.
But the true horror doesn’t begin until I come to.
This is the first time in this lifetime that I lost consciousness with no dreams of fast cars and hot babes. No chief on the Bridge of Hopelessness.
It’s the middle of the night by the time I regain consciousness. I can faintly see moonlight through rice paper. No external or internal injuries, nor any after effects. Nothing worth discussing.
What needs to be discussed is the fact I’m lying stark naked in my bed, like a shell-less egg, with another shell-less egg of a person snuggled in my arms.
And for the love of all things holy, it’s goddamn Pei Qixuan.


[1] A suffix denoting a man of the same generation but older. He uses this because they are in public while undercover.
[2] The duan inkstone, originating from Zhaoqing, Guangdong, is one of four renowned inkstones and has been produced since early 7th century. It is so precious that emperors have banned Guangdong mandarins from bringing any with them to the capital. 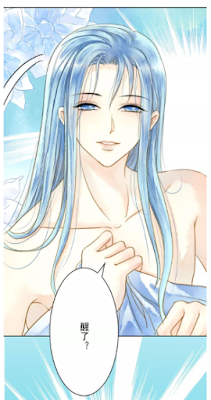