According to the ancients, going south to Jiangnan amidst the fireworks of the third lunar month was a jolly good time. In other words, to have a stylish and graceful experience, it is necessary to have the fireworks, in the third month, in Jiangnan.
So this trip of mine is as far from style and grace as it can be.
It is now the fifth lunar month, which is about June in Gregorian. It’s the time when the xiaoshu sun reaches its reddest stage.[1] I could still manage in the manor by lounging around in a single layer robe. Now that we’re out and about under the baking sun, the sweat keeps running like a tap. Master Su and I have a relatively easier time; we just have to enjoy the in-suite sauna. But too bad for Li’l Marquess and his servant riding from morning to evening without cover. After a few days’ journey, his jade complexion has become a waxy red. Feeling extremely sorry, I invite him to join us in the carriage.
But who knows what’s gotten into that head of his. He just wouldn’t get in despite my insisting. Maybe he’s just clinging onto his face since he laughed at my mules earlier. All the more sun for his stupid face then!
After three, four days on the road, we reach a small town called Zhengxing in the Zhongzhou region.[2] As usual, Xiao-Shun and Fu Qingshu’s servant, Moyu, set off to find the best inn and reserve four premium rooms. I, Master Su and the young marquess each stay in one while the three servants get the last one.
Xiao-Shun comes to me and asks for confirmation, “Shall we reserve these rooms for two nights?”
“For what reason would we stay two nights?” I demand.
“Your Highness, you’ve been truly exhausted on the journey.” He flashes a meek smile. “You must have forgotten – it’s duanwu tomorrow!”[3]
Oh goodness! Today is the fourth day so tomorrow is the fifth day of the fifth month – duanwu!
At night, we hold a modest feast in the private room of the inn which also acts as a restaurant. Excited, I bring up the subject with my fellow travellers.
“Tomorrow is duanwu. Why don’t we stay one more night in Zhengxing and enjoy the festivities?”
Naturally Master Su says he is fine with whatever I wish. Li’l Marquess, however, scoffs.
“In a tiny place like this, there wouldn’t be anything to enjoy. It would be better to get back on the road lest we delay business. What does Your Highness think?”
As he says this, his expression is so serious that I feel as if I’m at a funeral. All my enthusiasm is doused by his icy bucket of water. Fuck! This little shit is spiting me on purpose!
I lay down my chopsticks to steady myself.
“The young marquess speaks wisely. The emperor sent us on official business not vacation. It is not necessary to delay for a mere holiday like duanwu. We shall continue on our way as planned.”
The anger prevents me from enjoying my meal. Everyone heads to their own rooms to wash up and get ready for bed.
The inn attendant comes delivering tea and makes small talk, “Sir, will you be on your way tomorrow?”
With a pang of unwillingness, I answer in the affirmative.
“Then you won’t get to see all the festivities tomorrow,” he says regretfully. “The annual Dragon Boat Race on the Sha River to the west of town is always very exciting. And this year we will have a firework show on the main street at night. They’ve already set the place up yesterday afternoon. You should at least take a look today. There are tons of interesting things around just around our inn.”
This completely clears my mind. No sooner has he left than I don a clean robe and a fan and go a-knocking on Master Su’s door.
He hasn’t gone to bed yet and is still tidily dressed. He lets me in, but I gesture towards the inn entrance.
“Master Su, would you like to take a look around?”
While he hesitates, I drag him out by the sleeve.
“Tomorrow is a holiday after all, and if we go back on the road, we’ll probably end up in the middle of nowhere. So tonight, we should take advantage of this and enjoy ourselves.”
The attendant wasn’t lying. We take a left outside the inn and come to a main road completely lit up. Stalls line either side amidst the cacophony of food vendors hollering for business, and the air buzzes with excitement from the pedestrians and travelling bands entertaining for spare change.

[2] Refers to the ancient province of Yuzhou. Its territory included modern southern and eastern Henan, northern Anhui, and small areas in Jiangsu and Shandong.

[3] Commonly known in the English-speaking world as Dragon Boat Festival. 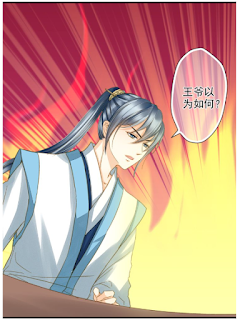 "...It would be better to get back on the road lest we delay business.
What does Your Highness think?"
As he says this, his expression is so serious that I feel as if I'm at a funeral.