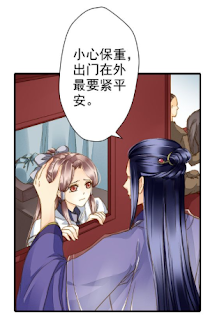 Hua Yingxiong looks at me with teary eyes... ; o ;
I send a smile his way. "Take care out there. Safety is the most important."