The human is a greedy animal. When you get one, you want two, and then you want three. Ever since I let Wang-tanhua go, I’ve been getting this gnawing feeling whenever I stroll past the southern courtyard. I mean, it could become so much more. There are nineteen concubines in this manor, and Wang-tanhua is like the first step in a battle campaign of ten thousand miles – we are far from victory.
So one night, after telling stories of heroes and virtue, I pat Hua Yingxiong on the head. “Say, Hua Yingxiong, do you want to be a righteous hero, too?”
Still immersed in the plot of the story, he nods enthusiastically. I beam and ask, “Then what do you say I send you off to train as one?”
His head jerks up, and he watches me with watery eyes that make me feel evil for some reason. He blinks then shakes his head. I guess he’s smarter than he looks.
“Why not?” I ask gently. “Don’t you want to become a hero like Batwing?”
Speaking of Batwing, I can feel my hackles rising just a little. How the hell did I come up with this name for Fu Qingshu?! He left me with this ominous promise regarding this name: one of these days, I’m going to cut out that tongue of yours. Sigh… Luckily I didn’t say Batman!
Hua Yingxiong doesn’t answer. This kid’s been standoffish towards me ever since he caught me doing indecent things. It took me a lot of work to buy his loyalty again, but even though he’s with me day in and day out, he's quieter and gloomier than before. Godammit, why did I have to get caught doing PG13 shit?!
I pat his head again. “It’s getting late. Go to bed. You can take a break from books tomorrow. I’ll take you out.” Patience and perseverance are key to solving any issue.
He seems more cheerful and agrees to go to bed. Kids are just easier to deal with.
The next morning, Su Yanzhi comes to report on the ledger, and Pei Qixuan is here to double check. It all just makes me yawn. At the end, Master Su closes the book and finally says something I understand, “The manor has spent a total of one hundred and thirteen thousand, one hundred and fifty-three silver.”
I pick my ears. I’m shaken by this number. “One hundred and thirteen thousand???”
What kind of money is one hundred and thirteen thousand silver? If we convert it to cash, it's enough to buy ten Cheris! The Cheri that took everything I made for four years, including the damn gunk between my teeth! I can’t help but ask, “How did we spend that?”
How? Well, Master Su and Master Pei restart the whole report for me: leaving out the tablet marriage, around ten thousand was spent on medicine, food, drinks, clothing and social gifts.
“But then there’s still a hundred thousand…”
Master Pei looks at me. His mouth opens and closes, closes and opens. “The one hundred thousand was for your funeral, Milord.”
In the afternoon, Prince Ren sends word about a wine party. Prince Kang, Prince Ning and Prince An are all invited. Prince Ren has left the shadows of General Xiangying’s death after Prince An gave him a pure-bred fighting cock, one without the slightest trace of a comb. Prince Ren has never been this excited, and I quote Prince Ning, “not even when he gets married.”
I stay at Prince Ren’s manor drinking until dark. By the time I return, it is the Hour of the Pig.[1] I take a quick wash and go back to my chambers ready to hit the sack. Xiao-Shun reports with his head low, “It appears that the sixteenth master has something to discuss with you. He waited all afternoon and is still waiting under the walkways.”
I tap my temple. Hua Yingxiong?
He’s sitting on the railing of the walkway leaning against a pillar. When he spots me, he stands up quietly. I pat him on the head as usual. “You should go to bed when it’s this late. I’m not forcing you to listen to stories every night.”
Figure shadowed by the lantern light, he looks up at me like an upset wife. I scratch my nose. I’ve spent most of my efforts developing Hua Yingxiong, so why does he look like a pitiful baby? I clap him on the shoulder.
“Who upset you? Stand up straight, and push out your chest. Show me you’re a man!”
He stares at me brimming with tears. I rub his head again. “Oh, just go to sleep for now.”
Then he finally speaks. “Milord, I want to learn martial arts!”
[1] 21:00 – 23:00


ayszhang: Hello everyone. Sorry for skipping a week! I was terribly busy with job searching and arranging my work visa for Kazakhstan...Yes, I'm moving to Kazakhstan in January! :D Any russophones interested in helping me with Russian? 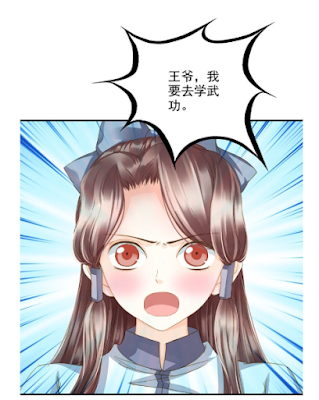