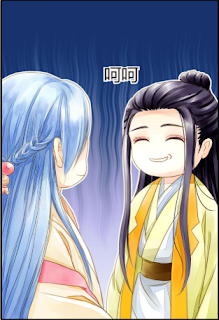 (Pretty Ruoshui is a guy~)