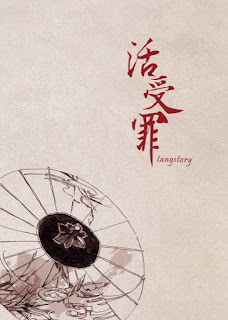 Living to Suffer chapter 1
The prequel to TDDUP

As he faded in and out of consciousness, Shen Liangsheng caught the sound of rain hitting an umbrella. Showers in the summertime were swift and heavy, and when the droplets hit the canopy, they were like booming war drums rousing him out of his dreamlike state.
The first thing he saw after his eyes blinked open was the underside of an oil-paper umbrella painted with yellow reeds. The art was realistic and conveyed the plant’s submission to the elements.
He heard someone saying, “This rain will not last long. It should be ceasing soon,” and immediately tried to reach for his sword. Ch’in Ching, who was holding the umbrella and watching him, noticed the man’s twitching fingers. He leaned in closer.

There were no signs of human activity in these deserted hills other than the two of them. The heavily wounded Shen Liangsheng had come upon this abandoned shrine and attempted to enter in order to escape the rain and tend to his injuries. Unfortunately, his body gave out before he could do so, and he collapsed at the entrance.
The t’uti[1] shrine had long ago been abandoned and was so deteriorated the door had caved in and was lying askew in the mud. Shen Liangsheng had tripped on it, fallen on its wooden boards and lost consciousness for about half the time of a burned incense stick.[2]
The blood flow was too profuse to be washed away by the rain. The scarlet seeped into the boards and welled up again with the rainwater from the cracks in the wood. Rich and fresh, it was not unlike a new coat of vermillion paint on the bottom of a coffin.
Seeing this pitiful man hovering between life and death, Ch’in Ching was hesitant but still asked frankly, “What is your name? It’d be easier to erect a tombstone for you if you die.”
While Ch’in Ching was speaking, Shen Liangsheng was calling upon his core ch’i.[3] Every pathway in his body was in pain as though a thousand blades were grinding against his insides, and he could not make a sound.
Receiving no response, Ch’in Ching assumed that the man did not want to end his life here, so he nodded and remarked, “Indeed, it is better to stay alive than not.”


[1] T’uti literally means “soil and land” and refers to the gods/deities that reside in the local area.
[2] A unit of time formerly used in China. It is the time it takes an incense stick to burn halfway.
[3] The essence of a living being.
[4] Usually one of four guardians of a sect and the second highest position in the organization. The term derives from the Four Heavenly Kings of Chinese Buddhism.
[5] A technique aimed at enabling the practitioner to scale walls or vertical structures with little or no aid, similar to parkour. This technique has been exaggerated in the wuxia genre to include superhuman abilities like flying and levitation.
[6] An important Buddhist scripture written between 150 and 350 CE, the Heart Sutra is a meditation on the emptiness and impermanence of the world. Many scholars believe it was first written in Chinese before being translated to Sanskrit.
[7] A mainly fictional concept unique to the wuxia genre based on the Chinese concept of ch’i. It is said to be the practice that cultivates strength within the body that in turns forms the basis for external (physical) strength. Someone with great internal strength would consequently also have great physical strength.
[8] The Shaolin Sect and other Buddhism-based martial arts sects.
[9] Specifically, fortune that he had collected through doing good deeds.
[10] Another unit of time, the amount of time it takes to drink a pot of tea. 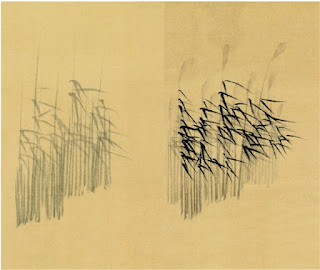 LTS will be updated weekly on Wednesday.

Living to Suffer by ayszhang is licensed under a Creative Commons Attribution-NonCommercial-NoDerivatives 4.0 International License.
작성자: ayszhang 시간: 8:00 AM