Licencing scandal between Qidian and WuxiaWorld 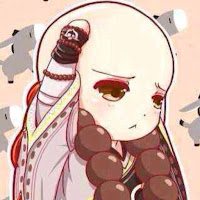 Please take a moment and inform yourself on this issue.


Beginning 2016, Qidian, the largest platform for Chinese internet literature in China, has been trying to claim rights and profits on the translations of stories written by their authors under contract. They reached out to WuxiaWorld and several other sites such as Etvolare.

As Qidian is essentially a monopoly in the Chinese market, they are used to getting their way, so when negotiations fell out between WuxiaWorld and Qidian, Qidian decided to take opportunity of the fall of another translation site, Gravity Tales, to blame WuxiaWorld for breaking contract when in fact they did not.

I will link to the corresponding public announcements by the two parties involved. Please take the time to read them.

Here, I would like to officially announce our support for WuxiaWorld and advise readers to boycott Qidian and Qidian International, the translation platform Qidian wishes to establish. Qidian wants to persuade translators to join them for less freedom, less security and less transparency. The false advertising in the third link is absolutely disgusting. I kindly warn anybody to take whatever they say and promise with a (million) grain of salt.

I would love to answer any questions you have regarding this issue.

Email ThisBlogThis!Share to TwitterShare to FacebookShare to Pinterest
라벨: news