As music and splendour

Survive not the lamp and the lute,
The heart’s echoes render
No song when the spirit is mute:–
No song but sad dirges,
Like the wind through a ruined cell,
Or the mournful surges
That ring the dead seaman’s knell.

–Percy Bysshe Shelley, When the Lamp is Shattered


Ah-Qiang took Xu Ping around the house and talked about the amenities before getting ready to leave with Uncle and Auntie Lin.

Xu Ping repeatedly asked them to stay for dinner, but after carefully noting his aunt’s expression, he refused right away.
Xu Ping saw them out the door. The three insisted that Xu Ping not go so far, so Xu Ping said goodbye in the yard.
He returned to the house and closed the front door. The next moment, he heard a high yelp from Ah-Qiang outside. He stopped, shaking his head with a smile, and then returned to the foyer.
There was a staircase that led to the second floor where there were two bedrooms. To the left of the foyer was the living area and to the right a connected kitchen and dining area. An open-air deck was attached to the living area, where a small staircase led to the beach.
His brother was waiting for him to join him for supper.
Xu Ping walked over to find two bowls of steamy, hot rice, a steamed fish, stir-fry veggies, and an earthen pot. Xu Ping lifted the lid, and the steam was so strong he could not keep his eyes open. After the steam finally dissipated, he saw white, thick soup. He stirred it with a spoon and found the main ingredient to be some kind of meat accompanied by dong quai, Chinese yam, goji berries and something that looked like tendril-less ginseng. It smelled like fat.
Xu Ping poured a bowl for his brother while he ate stir-fry veggies with rice.
Xu Zheng gulped down the soup very quickly. He smacked his lips together, apparently taking a liking to the soup, and stuck out his empty bowl for another serving.
Xu Ping took the bowl and flipped it over on the table. He said looking downwards, “One’s enough.”
“Oh.” His brother paused before burying his face into his rice bowl.
Xu Ping took apart the fish removing the bones and placed a large piece in his brother’ bowl.
“Try this. Fresh salt-water fish. We don’t get to eat this at home.”
Xu Zheng took a bite.
“How is it?”
Xu Zheng considered for a moment. “No taste.”

It was dark by the time they finished supper. Xu Ping urged his brother to take a shower as he washed the dishes.

But Xu Zheng appeared rather distracted.
After staring out at the ocean from the deck window, he finally turned to his brother. “Gege, I want to swim.”
Xu Ping placed the last bowl into the drainer to air dry and wiped his hands.
“It’s too late. It’s dark outside already. It’s dangerous to go swimming now.”
He watched as the strong ocean wind ruffled the coconut tree leaves.
He lifted the back of his brother’ t-shirt up to his nose. “You sweated so much after the long ride today. You’re all stinky.”
Feeling that he was treated unjustly, Xu Zheng turned around, picked his brother up and stuck his face into his chest. “Gege is stinky, too.”
Xu Ping giggled.
He rubbed the hair near his brother’s temple as he cupped his face. “We’ve had a long day. Aren’t you tired?”
His brother shook his head. He picked Xu Ping up and did a twirl.
“I want to swim.”
Xu Ping rapped his on the head. “No.”
He dug out a change of clothes and handed it to his brother. “Go shower.”
Unsatisfied and upset, his brother trudged away. Soon the sound of water came from the bathroom.
Xu Ping carried the two suitcases upstairs planning to sort their belongings while his brother was in the shower.
He opened the master bedroom door but stopped in his tracks.
The black, carved bed was covered with lily white sheets. A feathery light canopy draped down along the four posters obscuring the scene within. Two wine glasses stood on the dresser, and a bottle of champagne stuck out from a bucket of ice. At the foot of the bed was the glass door to the second-storey deck. The quiet yet grand ocean lay in the darkness beyond the light beige curtains.
Xu Ping stepped inside and lifted up the white canopy. There was a bouquet of roses wrapped in tissue paper lying on the white embroidered duvet cover.
Xu Ping sniffed the roses and then put them on the dresser.
Underneath the bouquet was a card. He opened it, and it read, “Congratulations on your marriage. Wishing you a hundred years of happiness.”
Xu Ping crumpled the card and threw it on the ground.
He sat on the edge of the bed and bounced. The mattress was very good.
He splayed his hands across the embroidery, feeling in the dark the ups and downs of each stitch.
How many newlyweds has this bed accommodated, Xu Ping wondered.
He opened his arms and fell back onto the bed.
In the dark, he stared at the top of the canopy.
He remembered Auntie Lin walking out from the kitchen as she took off her apron. She said to him with a smile, “Mr. Xu, am I right? Welcome. You made a right choice coming here for your honeymoon. So many couples who came here didn’t want to leave, so I tell them to come here every year. That way they’d sure stay together until the…”
He recalled her face as his brother walked in carrying the luggage, as though she swallowed a duck egg whole.
He smiled.
The men might have been dense, but the women always had an animalistic intuition.
He saw the look of disgust on her face as she eyed him and his brother. Maybe she had seen through it or guessed, but she did not say a word about it.
However, Xu Ping was not angered. He did not feel even a hint of emotional change.
He envied her. She had a happy marriage and a beautiful life, both of which Xu Ping lacked.
As he listened to the water in the bathroom, he thought of his brother and how happy he looked when he twirled him around in his arms earlier.
Xu Ping slowly covered his face with his hands.

Xu Zheng came out of the bathroom with a towel around his neck. “Gege.” 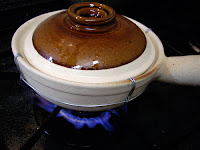