Dear Prince, I must leave you, but I will never forget you, and next spring I will bring back two beautiful jewels in place of those you have given away. The ruby shall be redder than a red rose, and the sapphire shall be as blue as the great sea.

“Good evening. This is the News Simulcast for Friday, May 19th 1989, the fifteenth day of the fourth lunar month. In today’s programme, we look at the important speech by Premier Zhao Ziyang at Tiananmen Square in Beijing reaching out to the student protesters to stop fasting; the Chairman of the Presidium of the Supreme Soviet, Mikhail Gorbachev, returns home after completing a state visit to China and has left Beijing on a private jet last night…bzzz…bzzz…We will now go into more depth on…bzzzzzz….”
Xu Ping hit the 19-inch colour television with his wet hands as the signal kept disconnecting. He grabbed the two antennae behind the television and wiggled them around for a while, but the only thing on the screen was static.
“What happened to the TV?” he muttered to himself.
A series of popping sounds from the pressure cooker forced Xu Ping to stop the inspection and rush back to the kitchen.
Pork ribs and potatoes were being braised in the pressure cooker, and as the small ventilation knob spun around, a mouth-watering scent wafted out.
Xu Ping took a deep breath and removed the cooker from the gas stove.
The rice was already done. Xu Ping took out a bundle of baby bok choy from the green plastic vegetable basket and washed it a bit before stir frying it with some garlic. The drops of water still on the vegetable splashed into the boiling oil and exploded like firecrackers.
“Xiao-Zheng, dinner!” he shouted as he piled the baby bok choy onto a plate.
When he opened the pressure cooker, a wave of steam came rushing forth, clouding his glasses. He took a step back only to bump into a warm body. He almost tripped but the person grabbed ahold of him.
Xu Ping knew without having to look back that it was his brother who, although three years younger, had already grown taller. The boy’s frame was no longer adorable as it had once been. He was like a seedling that had grown into a small tree, while still immature, the future that lay ahead was clear to see.
Xu Zheng was definitely their father’s son.
Xu Ping wiped his glasses with a corner of his shirt. “Don’t stand behind me like that without telling me again, okay? I could’ve stepped on you.”
“I called you,” Xu Zheng spoke slowly. “You didn’t hear.”
Xu Ping replaced his black glasses back on his nose and wiped away the sweat on his forehead with an arm. “Let’s eat. We’re having ribs and potatoes tonight.”
The brothers sat down at the round dinner table, and Xu Ping picked some food into his brother’s bowl.
“…you are still young, dear students! The road ahead is long and you should live on healthily to see our country reach modernization. You are not like us who are old. The state and your parents put in hard work to raise you to be university students. You are now nineteen, maybe twenty years old, and to be sacrificing your life like this…I did not come for a discussion today. I came to ask that you think about this rationally….”
An old man wearing a Mao suit was speaking into a red loudspeaker in a thick Henan accent.
Xu Ping listened carefully to the leader’s entire speech with chopsticks in midair. He turned to his brother. “Did you fix the TV?”
Xu Zheng was spooning a piece of potato towards his mouth when his brother interrupted him. The potato fell back into his bowl.
Xu Ping chuckled and gently patted his clumsy brother on the head. 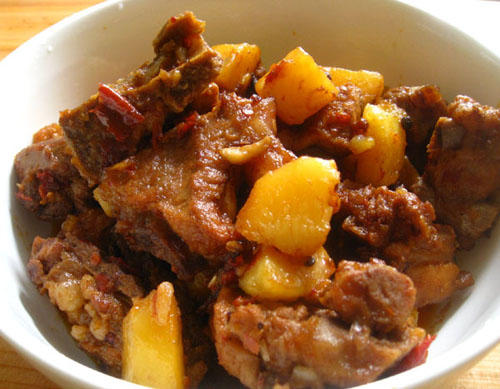 Note: The author used a lay term when referring to the language/dialect that Xu Chuan learned, so I could not figure out which language it was. I took the liberty to guess on the basis that He Long was Tujia that the language was Tujia.

I'm flying home (Vancouver!) on Sunday! Will be staying for two and a half weeks. Brother updates should be consistent (unless there are surprises) while TDDUP will have to wait until April.

Both these stories are about to get very political...if you haven't caught the drift already x_x