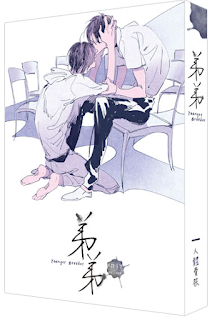 The man had laryngeal cancer and was only diagnosed in the advanced stage. The surgery had only lasted fifteen minutes. The surgeon made an incision on his neck and poked around before sewing it right back up. The cancer cells had already spread to the lungs and nose cavity. The removal of infected organs was no longer a viable solution because the patient would not have lasted long after such a procedure.
The doctor took off his mask and said to Xu Ping who was waiting outside, “I’m sorry.”
It took Xu Ping a while before understanding. He accepted it calmly. “How much longer does he have?”
The doctor was surprised by his easy attitude. “Six months at the most.”
Xu Ping wondered how many deaths the tumour surgeon had to face every year to be able to announce the ultimate death of the patient to their family without batting an eyelash. Although his rational side told him that this man was a doctor and he could not blame his dad’s illness on a stranger, his emotional side could not help but feel hatred towards the news breaker.
The two stood in silence.
“If you could excuse me, I still have other patients to attend to.” The doctor broke the awkward pause.
“Yes, of course. I just need a minute to myself,” Xu Ping said with reddening eyes as he tried to control himself.

On the way to what would be the last meeting with his dad, Xu Ping passed by a flowering tree of which he did not know the name. It was blooming with tiny white flowers growing in tight-knit bundles like clouds lost in the mortal world.
He stood under the tree with his hands clasped behind his back as he watched the baby green leaves turn the noon sun into gold glitter.
Xu Ping was thirty-five that year. He worked as an editor for an up-and-coming publishing house. His workload consisted of reading the received material, finding the able writers and polishing them up. The pay was average but the satisfaction that came with it was not measurable by currency.
Xu Ping’s dad was a veteran actor, Xu Chuan, who enjoyed wide recognition. The building across from Xu Ping’s office still sported his advertisement for stomach medication on its wall. His hair was dashed with grey but he looked lively. Sometimes when Xu Ping would sneak a tea break and look out the windows, he would see old ladies walking with canes stop in their paths just to gawk at his dad’s advertisement.
There weren’t many in the publishing house that knew Xu Ping’s family background, the only one being his boss and good friend, chief editor, Wang Zedong. His friend had been surprised and studied Xu Ping’s face closely.
“You’ve got to be kidding. You look nothing like Xu Chuan.”
Xu Ping chuckled, knowing that he wasn’t good looking. He didn’t argue with his boss. “You’ll see when you meet my brother.”
Xu Ping had a younger brother, Xu Zheng.
“I’ve been hearing about this brother of yours for so long,” Wang Zedong began to complain, “But you never once introduced him to me. What are you doing hiding him away?”
Xu Ping did not take the bait and started talking about the publishing house’s budget for the first period.
For the past few months, Xu Ping had been leaving his office building at twelve-thirty sharp, walking three blocks and crossing one overpass to visit his father at the city hospital.
He had rushed past this tree every single day without ever stopping once.
On this day, however, he saw the bursting energy that this tree harboured under the sunlight. He was absolutely in awe.
The abundance of life hit him in the face like a fist and made his body burn.
Xu Ping found a young labour worker squatting by the road and handed him twenty yuan.
“Get me a branch from that tree.”
The young fellow looked at Xu Ping and the tree with a frown and stayed squatting. “I’ll get fined.”
Xu Ping pushed at his glasses. “I’ll give you twenty more.”
Forty yuan to climb a tree? That was a good deal. The young man threw his cigarette butt on the ground and asked, “How many you want? I’m chargin’ extra for more.”

Xu Ping arrived at the hospital with a branch dotted with pinkish-white flowers and a bag of apples.
His dad looked very good that day. Xu Ping stuck the branch in a vase and placed the vase by the bed. His dad even smiled at him.
Compared with the average-looking Xu Ping, his dad had a handsome face that not even old age could spoil.
His dad had been an actor his whole life, a supporting role if there ever was one. When he was young, square-set jaws and bold brows were in. Wide shoulders and a broad frame in general were desired for a Herculean effect. He was so good-looking, however, that he had the bad-boy aura instead. When it came time for the distinctive cutie-type to gain popularity, like Andy Lau, Aaron Kwok and Edison Chen, he was already an old man.
Xu Ping grabbed a chair to sit by the bed and started peeling an apple for him.
The sickly man kept his eyes on his elder son.
He was so skinny that he was practically all bone and the veins jutted out along his arm. Eating and speaking had become extremely painful because of the cancer. Despite this frail state, not a single hair was out of place on his head.
Xu Ping cut the apple into small pieces and placed them on a plate before helping him up. The man took one piece, chewed it and swallowed it painstakingly. After, he nodded at his son with a smile, meaning it was good.
Xu Ping took out today’s paper and asked in a gentle voice, “Why don’t I read the paper for you, Dad?”
He nodded.
It was May 17th, 2006, a day of sunshine and peace. The paper was filled with insignificant news, as though the world was free from disasters and accidents on this day. The King of Cambodia was visiting China again. Tokyo was going to host an international summit next month. A Polish writer had been translated and published in Chinese for the first time.
He listened quietly while lying on the bed.
His throat started to hurt by the time Xu Ping finished every column. Xu Ping folded the paper back and talked about work and his brother. He stayed at the hospital in the afternoons and not much can happen in twenty-four hours, so he finished fairly quickly.
The two sat across from each other, wordless.
Xu Ping asked after scanning around, “Do you want some water, Dad?”
His dad shook his head. Xu Ping’s own throat was so dry it could catch on fire, but he held back.
When Xu Ping finally broke the silence, he said, “I was thinking, why don’t I bring Xiao-Zheng along to visit tomorrow?”
After some thought, his dad slowly shook his head.
It was clear what his dad wanted. He didn’t want Xiao-Zheng to come to the hospital.
Xu Ping opened his mouth to speak but let it go in the end.
“Then I’ll come by myself tomorrow.” Xu Ping took a look at his watch and got up to leave.
His dad made a writing motion with his right hand. Xu Ping took out a pen and paper from his bag.
With a shaking hand, his dad wrote:
“Don’t abandon your brother.”
Xu Ping felt a sting in his nose and tears threatened to burst forth.
“What are you saying, Dad. He’s my brother. I’d never just leave him!”
His dad wrote another line.
“Don’t tell him. He doesn’t understand.”
Don’t tell him. Don’t tell him what?
Xu Ping felt terrified but did not dare show it on his face. He nodded furiously, “Don’t worry, Dad.”
“Is there anything else you’d like for me to do?” he inquired softly.
His dad shook his head and handed the pen and paper back to Xu Ping. He patted Xu Ping’s right hand and tried to raise his hand higher, but he hadn’t the strength to.
Xu Ping held his bony hand up to his face.
Their fingers were of the same shape and size. The knuckles protruded a little and the index finger was longer than usual.
Xu Ping thought, this really is my dad. We share the same blood. The creator even made my hand to look exactly like his.
But this man is about to die.
Unable to fight back the emotions, he let out a cry, “Dad!”
His dad pulled a smile and winked at Xu Ping.
An actor his whole life, he no longer needed language to speak.
What he said was, “Alright. I’ll see you tomorrow, son.”


The term used to describe the type of face popular during Xu Chuan's youth is literally "face like the character 国". Here is a face said to be so. 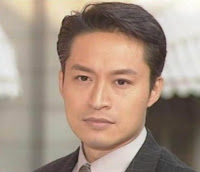 Here are pictures of the other stars mentioned in the chapter to have a similar face as Xu Chuan. 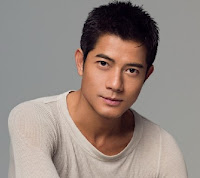 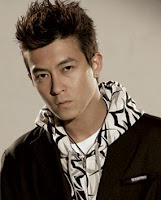 Edison Chen
(they just get pointier and pointier, don't they???)
_ _ _ _ _ _ _ _
ayszhang: Here is the first chapter! I apologize but this story won't have a patterned release schedule, but I will put it up on the sidebar (top on mobile) when I know. I do have to say that I think this story might be a better read in one go since chapters skip through time and space, but I will leave that up to you :)